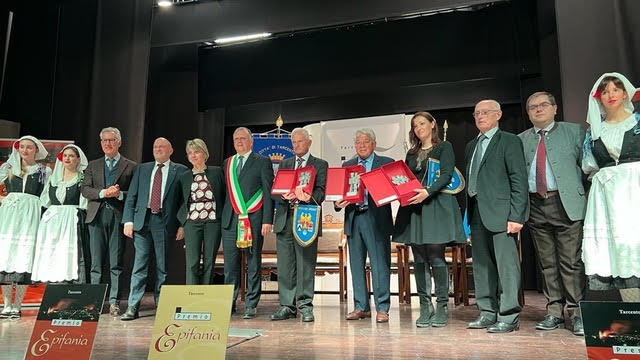 We are delighted to announce that on January 4th, 2023, Joe Toso, President of the Fogolâr Federation of Canada, was awarded the prestigious Premio Epifania in a ceremony held in the City of Tarcento.

The Premio Epifania was established 68 years ago.  Defined as the 'Cavalierato del Friuli', it is an award bestowed on people and /or institutions in recognition of work that has brought great prestige to the 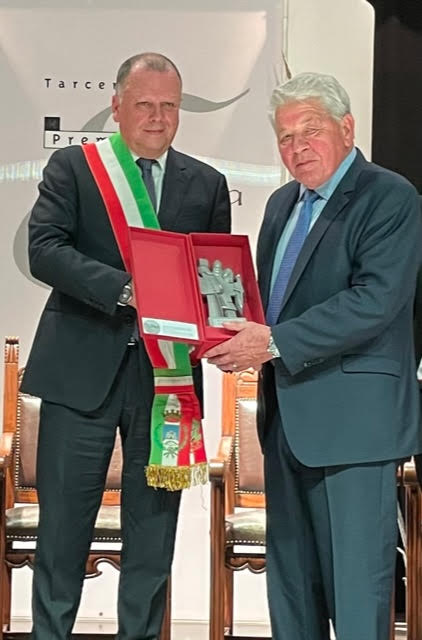 This award to Joe Toso is, indeed, well deserved. Joe Toso, a man who is not only a very successful and respected Friulian-Canadian businessman but is also a promoter of Furlan culture.  Joe's family migrated from Maiano, Friuli, to France when he was but six years old. Eventually, he moved to Canada and was employed in the metal working sector. Starting at the bottom, he worked his way up, and eventually purchased the company. Joe has received numerous business awards and is one of the most respected Italian-Canadian businessmen in British Columbia.

He is, undoubtedly, an example of Friulian industriousness! 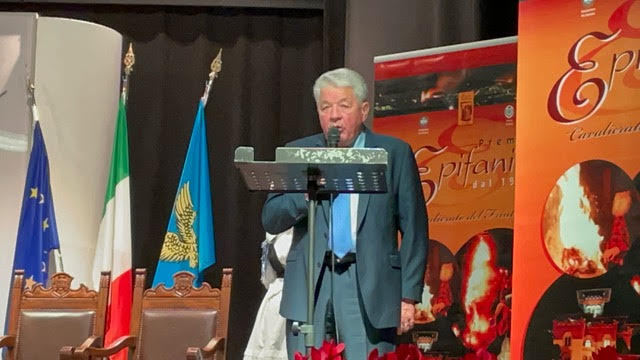 Joe has never forgotten his Friulian roots and dedicates his free time to the Friulian community of B.C. and Canada. He has been instrumental in establishing the Famee Furlane of Vancouver of which he was president for many years.  In 2014 Joe Toso became President of the Fogolârs Federation of Canada which he is still leading.

Joe, thank you for your service. You make us all proud! Congratulations for this well-deserved award!

On April 6, 2018, the Fogolârs Federation of Canada became an institutional member of the Italian-Canadian Archives Project (ICAP). This is an important, significant step, which will strengthen and add to the Italian-Canadian narrative and help to preserve the Friulian record in Canada.

ICAP is working to develop and promote a national strategy to collect and preserve historical items that capture the Italian-Canadian experience. ICAP wants to facilitate and encourage individuals, families, societies and institutions that have materials in their possession to preserve these documents. They are part of our Canadian historical fabric.

ICAP is the only organization of its kind with an academic focus.  More information can be found at https://icap.ca.